< Back to Summit page 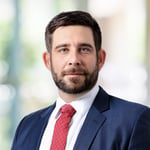 Bill Creamer
Senior Vice President, Stout
Bill Creamer is a Senior Vice President in the business valuation practice of the Valuation Advisory group in the Philadelphia office. He received an M.B.A. in Corporate Finance and B.S. in Biological Sciences from Temple University. He has over eight years of experience providing valuation services to both public and private sector clients. He has extensive expertise across a broad client base in numerous industries, including small and middle-market companies, multi-billion-dollar enterprises, private equity funds, business development companies, hedge funds, law firms, and accounting firms. 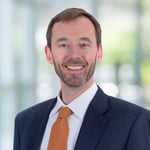 Colin Gray
Managing Director, Stout
Colin Gray is a Managing Director in the Valuation Advisory group in our Philadelphia office and has a B.A., Politics from University of Nottingham. He has extensive experience providing valuation and financial advisory services to clients for financial reporting purposes. Colin also has experience with solvency and fairness opinion engagements and with the valuation of closely-held businesses for estate and tax planning purposes.

With over 10 years of experience, Colin has served numerous industries and has provided valuation services to a broad client base, including business development companies, private equity funds and hedge funds, small and middle-market businesses, multi-billion-dollar enterprises, law firms and accounting firms. 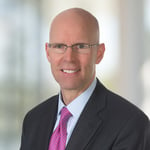 Craige Stout
Chief Executive Office, Stout
Craige L. Stout serves as Chief Executive Officer. Having worked on over 1,000 projects, his experience is broad and diverse in the fields of investment banking, litigation, and valuation advisory. He received his M.B.A. and B.A. from Michigan State University. Craige has lectured and presented continuing education seminars on the subjects of mergers & acquisitions and valuation and has provided expert testimony in numerous jurisdictions. Moreover, he has provided advisory services to the Internal Revenue Service and the Michigan Department of Transportation. Craige is a recipient of the Crain’s 40 under 40 Award and Ernst & Young’s 2002 Entrepreneur of the Year Award. 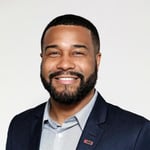 The National Football League Players Association (NFLPA) is the union for professional football players in the National Football League. The union, formed in 1956, allows players to stand together to protect their health, rights, and families. The NFLPA represents all players, protecting their rights as professional football players, ensuring the terms of the Collective Bargaining Agreement (CBA) are met. In addition, the NFLPA aids charitable and community organizations and enhances and defends the image of players and their profession on and off the field.

A recent initiative that Dior has worked on through the NFLPA is #AthleteAnd. This program was created to showcase the identity of NFL Players off the field. CEOs, entrepreneurs, and financial literacy professors shared their education and experiences that allowed them to grow their passions outside the locker room. Learn more at https://nflpa.com/athleteand.

As an 18-year-old, he suffered a sports-related, life-threatening brain injury. He was determined to advance his education and career in sports management. Dior earned his master’s degree in management marketing at University of Maryland University College and bachelor’s degree in public relations at Bowie State University.

He has been recognized for his professional achievements by Forbes and was listed as a 2018 Top 30 Under 30 honoree in the sports category. Dior was listed on Washington Business Journal’s 2018 Top 40 Under 40.

Dior has led numerous community service projects aimed at providing food and resources to those in-need in the Washington Metro-Area through his organization The Brown Bag Project. Because of his community service efforts, Dior received the President’s Volunteer Service Award, which recognizes outstanding contributions in community service in the United States. 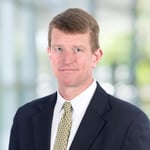 Jamie Spaman
Managing Director, Stout
Jamie Spaman is a Managing Director in the Valuation Advisory Group in the Philadelphia office. He has an M.B.A. in Finance and Management from Rutgers University and a B.S., Physics from United States Naval Academy. He has over ten years of experience providing valuation services and financial opinions to private equity, corporate, venture capital, and commercial banking institutions. 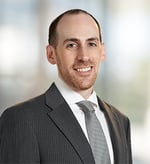 Jason Levine
Senior Vice President - Portfolio Valuation, Stout
Jason Levine is a Senior Vice President in the Valuation Advisory group in our Philadelphia office and has a B.S.B.A. in Finance and Business Law from Drexel University. He has extensive experience providing valuation and financial advisory services to clients for financial reporting purposes, including fair value accounting (ASC 820). 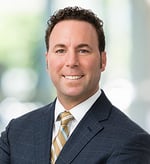 Joel Cohen
Managing Director, Stout
Joel Cohen is a Managing Director in the Disputes, Compliance, & Investigations group in the New York office. He has a B.A. in Economics (Accounting Focus) from Rutgers University. Joel has over 17 years of experience in the dispute, forensic, and insolvency practice areas, most specifically focused in the financial services and asset management industries. His experience encompasses a number of significant cross-border insolvency and litigation matters, where he has served as financial advisor and consulting expert to fiduciaries, offshore liquidators, bankruptcy, and litigation trustees. Joel has also led several internal investigations within the context of family office, investment advisors, and various corporate structures. Joel has expertise in managing the expectations of various stakeholders involved in insolvency proceedings, liquidations, litigation settlements, and receiverships, namely in his capacity of assisting a board, trustee, receiver, or official liquidator with their duties, including U.S. and cross border considerations. He has extensive experience within the offshore world, regularly handling cases out of the Caribbean.

John Baumgartner
Managing Director, Stout
John Baumgartner is a Managing Director in the Disputes, Compliance, & Investigations group and has an M.B.A. from Rice University. He has more than 15 years of consulting, restructuring, and corporate finance experience. He has been involved with financial and operational restructurings, solvency analyses, fraudulent transfer disputes, investigations of fraud and misconduct, forensic accounting investigations, valuation of assets and enterprises, asset divestitures, and due diligence. 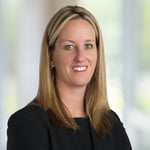 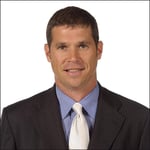 Rich Gotham
Team President, Boston Celtics
Rich Gotham is in his 18th season with the 17-time world Champion Boston Celtics and his 13th season as team President. In this role, he is responsible for all aspects of the Celtics business operations including sales, marketing, customer service, corporate partnerships, business development, game entertainment, community engagement, communications and public relations, broadcast partnerships, arena relations, and real estate matters. In addition, he works closely with Celtics ownership, basketball operations staff, and the NBA on basketball-related matters, as well as team and league initiatives. He serves on the NBA Board of Governors. Prior to being named Team President, Rich served as the team’s Executive Vice President and Chief Operating Officer.

Since joining the Celtics in 2003, Rich has been recognized for leading the team to new heights off the court while growing team revenues by over 300%. Under his leadership the team has established new records for attendance, ticket sales, sponsorship, merchandise, and television ratings, contributing to the team’s first NBA Championship in twenty-two years in 2008, as well as six division titles, six Eastern Conference Finals, and two NBA Finals appearances. In addition, he led negotiations for the construction and naming rights for the new state of the art Red Auerbach training center in partnership with New Balance, as well as a long-term lease extension with the TD Garden.  Rich also negotiated a long-term media rights and equity partnership with Comcast SportsNet, one of the largest such deals in NBA league history, and negotiated the NBA’s largest jersey patch sponsorship with GE.

Rich and the Celtics have been widely recognized as thought leaders in the business of sports and the team’s business achievements under Rich’s direction have been chronicled by The Wall Street Journal, The New York Times, The Harvard Business Review, Investors’ Business Daily, Bloomberg, Reuters, CNBC, and Fox Business News. During the 2008-2009 season the Celtics were recognized as the top franchise in all of professional sports by The Sports Business Journal. With 19 million social media followers, the Celtics have pioneered sports digital marketing and fan engagement, aggregating the second largest digital following in all of North American Sports.

Under Rich’s guidance, the Celtics lead the NBA in community engagement with initiatives that impact over 20,000 children each year. In addition, Rich is very active in multiple charitable and fundraising initiatives on behalf of the Boston Celtics Shamrock Foundation, for which he is a board member.

Rich joined the Celtics after a 15 year career in the tech industry, including five years with the global internet media company, Lycos, where he served as Vice President of Sales and Business Development and was responsible for generating revenues in excess of $300 million annually. While at Lycos, he was part of a senior-management team that exceeded Wall Street analyst expectations for revenue and profitability growth for 19 consecutive quarters and played an integral role in helping to grow the Lycos Network into the most visited web site on the Internet in 2001. In addition, he sat on the Board of Directors for the Internet Advertising Bureau participating in the creation of multiple new internet advertising standards that are still in place today.

In addition to his duties with the Celtics, Rich currently serves as a board member for The Greater Boston Chamber of Commerce, The Make-A-Wish Foundation, and Everybody Fights. He also serves as a Trustee at Providence College, his alma mater.

Rich currently resides in Medfield, Massachusetts along with his wife, Kara, and their three children. 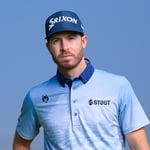 Sam Ryder
PGA Tour Professional and Stout Ambassador
Sam played collegiate golf at Stetson University in Florida where he studied Finance and was a two-time Academic All-American. Following a successful college career, he persistently and methodically worked his way through the PGA Tour's development tours, earning his Web.com tour card in 2016. After finishing second on the 2017 Web.com tour money list, he secured his place on the PGA Tour for the 2017-2018 season. Sam has made the FedEx Cup playoffs his first two years on the PGA Tour.

He has dedicated time to charitable pursuits including the Stout Ryder Cup, benefiting the Food Rescue nonprofit organization.

Stout is proud to partner with professional golfer Sam Ryder. Sam embodies Stout’s personality and is incredibly hardworking, poised, and relationship-driven. He represents our brand promise of Relentless Excellence. Learn more at https://www.stout.com/en/about/golf-sponsorship.

Uchechi Egeonuigwe
Brown Rudnick LLP
Uchechi Egeonuigwe is an associate in Brown Rudnick's Bankruptcy & Corporate Restructuring group in the New York office. Ms. Egeonuigwe has experience representing creditor groups, investors, equity holders, and individual borrowers in all aspects of restructuring stressed and distressed companies. Her engagements have ranged across a wide array of industries, including oil and gas, retail, manufacturing, real estate, lending, technology and telecommunications. Ms. Egeonuigwe was recently recognized by The Best Lawyers in America© as "Ones to Watch" for Bankruptcy and Creditor Debtor Rights / Insolvency and Reorganization Law in 2021.